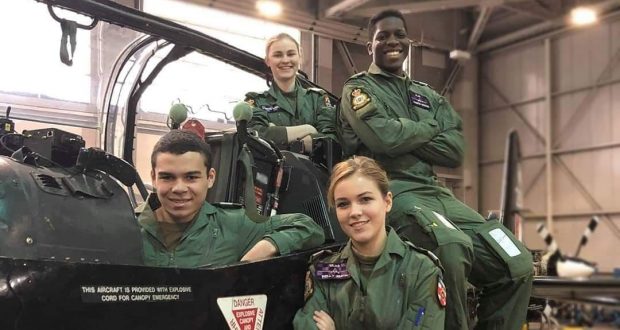 Jones (left) has been a member of the ULAS for nearly two tears Photo: Tyrone Jones

Second-year geography student Tyrone Jones said joining the University of London Air Squadron (ULAS) has been the best decision he has ever made.

The 20-year-old KU student from Northern Ireland is in his second year at the Air Squadron, and his experience so far has allowed him to realise his dream of flying.

Jones said: “I was interested in aviation my whole life.

“Before I joined ULAS, I had some gliding experience, but because of the cost, I could not afford it, so I did not expect to do this for many years.”

Jones said flying gave him the confidence he lacked before and that meeting people who share the same passion was very beneficial for him.

“At the start, it may seem like the hardest thing ever, and you will get nervous doing it.

“It’s just to get yourself out there because it will be 100 per cent worth it in the end.”

In the future, Jones aspires to become a pilot.

Despite his nerves, he said he loves the experience of flying and encourages other students to try it.

Jones said: “People at university are looking for societies to join. In the squadron, there are experiences you can’t get anywhere else except in the military itself.”

To this day, he still gets terrified about one aspect of it: “I hate take-offs,” he said.