Kingston Crown Court has sentenced the last member of a drug smuggling ring responsible for the import of drugs worth tens of millions pounds to the UK to jail.

On March 5, 47-year-old Nadir Bouchelkia, of Tenby Road, Walthamstow, was sentenced to 17 years for conspiracy to supply heroin, after previously pleading guilty to the offence.

Detective Inspector Nick Blackburn, of the Met’s Central Task Force, said: “This outstanding result reflects the professionalism and dedication of a specialist team of detectives who have achieved significant sentences for those concerned.

“The organised crime group has been fully dismantled from importation level to street-level distributors. This is indicative of the Met’s total war on organised crime and should send out a strong message to those currently engaged in such activity.”

In November 2014 Kingston Crown Court also sentenced seven members of the same drug ring to jail for their part of the conspiracy, which saw £40m worth of class A drugs smuggled in from mainland Europe before being sold on throughout London and the south east and south coast of England.

From September 2013 to May 2014 Operation Ninjask also saw eight men of the drug smuggling ring sentenced to jail by Southwark Crown Court, making their combined sentence a total of 157 years.

The prosecutions are a result of an investigation by detectives from the Met’s Central Task Force, codenamed Operation Ninjask, which focused on the activities of the sophisticated criminal network supplying class A drugs to the UK.

For more on this story follow the link: https://riveronline.co.uk/drug-smugglers-sentenced-to-77-years-in-prison/ 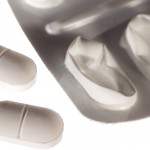 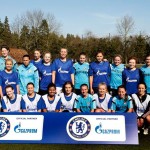