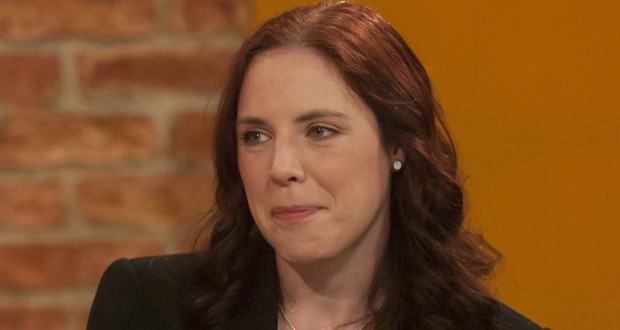 An interview with Kat Arney: revenge of the nerds

Written by Ida Akerstedt on October 1 2015

“Science is kind of cool and sexy now, the revenge of the nerds or whatever. People are realising that science, engineering and technology are how we are going to make our world a better place,” said Arney, who is named as one of the ‘Top 10 Brits Who Make Science Sexy’ by BBC America.

Alongside working as a science communicator for Cancer Research UK, one of the editors for an award-winning science blog, doing freelance writing and broadcasting, Arney’s book “Herding Hemingways Cats” is coming out in January.

“I’m marking up proofs and it’s incredibly exciting. It’s my first book and it was an epic piece of work finishing it. I took a couple of months of work, unpaid, to finish it,” said Arney, while adding that the book is available to pre order at amazon.

Arney has a degree and a PhD from Cambridge, and her special area is genetics. In her own monthly podcast Naked Genetics she interviews people about genetics in everything from heart decease to bedbugs.

Arney is also part of another radio group who started off in Cambridge. Their radio program is called The Naked Scientist and is today live on Radio 5 every week.

“Our podcast goes out to about 100 000 people a week, across the world. But my own podcast, Naked Genetics, is much more specialist. It is my baby,” said Arney, who also has done a lot of documentaries for BBC Radio 4.

“And then I play the harp in a couple of bands as well. I’m on twitter as @harpistkat, and that’s why,” said Arney.

Every Wednesday there will be held lunchtime lecturers with guest lecturers within the field of media, broadcasting and journalism in John Galsworthy Building on Penhryn Road campus.