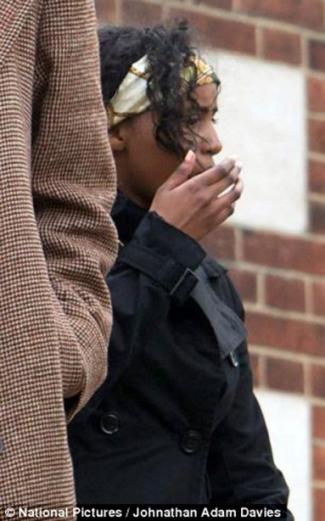 A Kingston student has been sentenced to community service for tweeting that anyone wearing a Help for Heroes t-shirt “deserves to be beheaded” hours after the murder of soldier Lee Rigby in Woolwich.

Deyka Hassan, 21, a third-year English literature and politics student, has returned to Kingston University after having been convicted for sending a malicious tweet over the summer.

She was arrested on May 22 after complaining to her local police station about receiving hundreds of abusive messages, including rape and death threats, in response to her tweet. These users were not investigated.

Hassan, 21, pleaded guilty to sending a malicious electronic message, though the court heard she had intended the tweet to be a joke about the design of the t-shirt.

She was sentenced to 250 hours of community service at Hendon Magistrates’ Court on June 7.

Chairman of the bench Nigel Orton said: “Your act was naive and foolish and without regard to the general public at a time of heightened sensitivity.”

He told Hassan that she could have been jailed but he accepted that she had not known it was a soldier who had been killed when she tweeted it. At that time, rumours circulated on Twitter that a man had been decapitated.

“The tragic events in Woolwich that day have created a context which made this tweet appear extreme,” said Mr Orton. “It had a huge impact and clearly caused offence and distress. We accept you didn’t intend to cause harm and you felt it was a joke.”

The defence said Hassan was disgusted with herself about sending the tweet, having been brought up to be tolerant and respectful.

The court also heard that Hassan’s father worked in Somalia for organisations such as US Aid and Prevent, which combat extremism.

Does a misguided attempt at comedy warrant prosecution? Read our comment piece here