At university it’s almost guaranteed that you are friends with someone who has lived in at least two countries.

I was born in Denmark, moved to Thailand when I was 10 and to London at the age of 18. Growing up I did not ride an elephant to school (sorry to disappoint you) nor did I eat bugs for breakfast.

But I did become a cultural mess; I look more western than most people as I have pale skin, blonde hair and green eyes but I quickly adapted to the Asian culture and have more Asian values than most locals. People like me are often called third culture kids.

Here are some things you probably didn’t know about us:

Home is nowhere and everywhere. There’s more than one possible answer and we might tell a little white lie to avoid going through the whole history of our upbringing. Chances are we haven’t figured out which is our home yet and will continue to change the answer until we have found the one that fits us.

Imagine never being seen as a native. No matter what country you’re in – even in the country you were born in. This is what it’s like for third culture kids, but we are pretty used to it. When I’m in Thailand, I’m seen as a tourist and in Denmark people speak English to me. 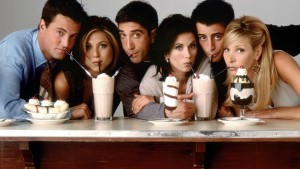 Third culture kids usually have a lot of friends but only a few close ones. Since we have moved around a lot, we adapt easily and get along with almost everyone (there are always exceptions) but we are also used to people close to us leaving. So if you want to get close so someone who grew up apart, give it some time and let them peel back one layer at a time.

Also known as the ‘international school accent’ among expats, it might sound somewhat American or Canadian, but it really isn’t. We are basically chameleons and change our accent slightly depending on who we are speaking to.

Growing up in more than one place, we make a lot of friends from different countries but once we finished school we all went our different ways – very different ways, some went to Australia and some to Sweden. Keeping in touch with someone you don’t just bump into in the local supermarket is quite hard and a lot of us lose contact. But those who do stay in touch (despite not seeing each other for years) will probably be friends for life and nothing can come between them.

We might not know the capital of every country or what countries are located next to each other, but we know people in almost every nation. And, unlike a lot of people, third culture kids know what country is in what continent and will never get the seasons, time zones or flight times wrong.

We can get three languages into one sentence and confuse everyone around us. Don’t ask us how or why and don’t try to keep up with us. Two languages is a minimum, some speak even more and we can swear in at least five languages. People that only speak one language probably won’t understand this, but it can be quite confusing to know what language you dream in or identify what language you hear people speak.

We have left friends and family, schools and childhood homes. Most of us have become experts at saying goodbye and it might seem like we don’t care at all, but we are just used to people leaving and have found a way of dealing with it. 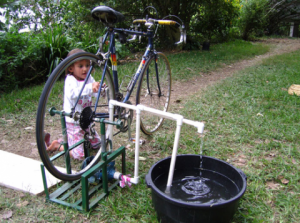 Most people our age have never thought about or experienced not having running water or electricity. But we have seen it first hand. Third culture kids know what we take for granted, and know that education and beds are a privilege. We know to respect the elderly and take care of the youngsters around, although we might forget from time to time.

It was pretty cool growing up in different countries and I know that many third culture kids would agree. But it’s hard not to be a little jealous of those who have their childhood friends nearby and don’t have to think about time differences when calling their parents. But those are pretty good problems to have, if you ask me. And I did get to play with an elephant.