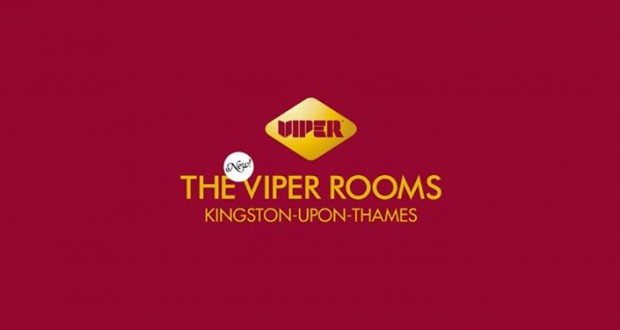 Written by Rebecca Gouldbourne on October 8 2015

A new cocktail bar opened on the Riverside in Kingston town centre in late summer, replacing the popular club McClusky’s.

The Viper Rooms opened on August 30th with the motto: “A disgracefully grown up night out for the elegantly wasted”. The venue is represented as an upmarket cocktail bar with a much classier reputation than that of McClusky’s.

Many were shocked when Kingston’s oldest nightclub, which was listed by radio station XFM as one of London’s most iconic nightclubs, announced its closure towards the end of July after being at its location for over ten years.  The new bar was re branded by the same owners, the Harewood group, who are rolling out The Viper Rooms brand across the UK.

Owner Paul Kinsey said: “There are surprisingly few higher end venues in the area and we saw an opportunity to fill the gap in the market with a tried and tested brand that we own.

“What you get is a West End experience without the price tag”. 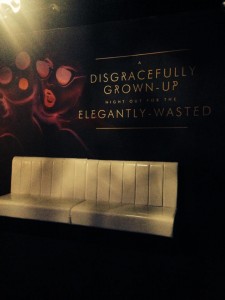 The entrance to the club has an Alice and Wonderland kind of feel to the place, presented with optical illusion type patterned walls and tiles. The attention to detail with the interior- comfy sofas, tall bar stalls, colourful artwork and dimmed lights- create a colourful, dream-like atmosphere. The Viper Rooms consists of different rooms; one with a dance floor and large bar, a VIP section, a fancy-looking terrace with tables and a more chilled out room with another bar. The vibe was relaxed and sophisticated due to the unwinding music and classy décor. An atmosphere perfect for after work drinks or social gatherings and contrasting with that of the previous venue and fit the description on the bar’s website: “A unique playground for the extravagant, exuding class and style without pretentiousness”. Me and my girlfriends were greeted by friendly, 23-year-old bartender, Beatrice Spokeviciute, whose favourite parts of the job are the cocktails and getting people tipsy. She said: “In September we tried to cash in on freshers coming back but long term wise we are interested in more of an older crowd as well. Especially with the Riverside refurbishment being a bit more upscale”. 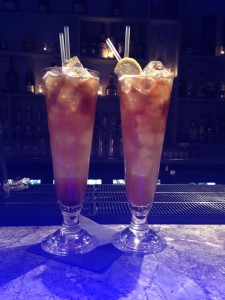 Most of the cocktails are priced at a two for one offer every day from 3pm until 11pm. I chose my favourite Long Island iced Tea which cost £8.50 and was not only delicious but got me tipsy. Especially after four. The prices varied from £8.50-£11 for cocktails, £5.50 for a large glass of wine, and a jaw dropping £470- £55,000 for special order champagne! Music student Laura Morrod, 22, said: “I was disappointed they didn’t do my favourite White Russian cocktail, but I tried a Caipirinha instead and it was really nice! “I had some fun nights at McClusky’s but I love this new place and will be coming back. The new layout and furniture looks amazing”. As much as we will miss McCluskys, where Pete Doherty once tried to light a cigarette with a fans mobile, I have to say The Viper Rooms did not fail to impress and is definitely worth checking out. It is apparent the owners and staff strive for the satisfaction of their customers. 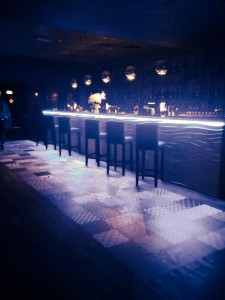 The Harewood Group, who operate a variety of Bars and clubs across the UK, spent almost £500,000 on its refurbishment despite that it may have to close down in 2019 due to the lease expiring.The Viper Rooms is open seven days a week from 3pm and is located on the Riverside in Kingston town centre. It is also available to hire.More details on their website: www.kingston.theviperrooms.com