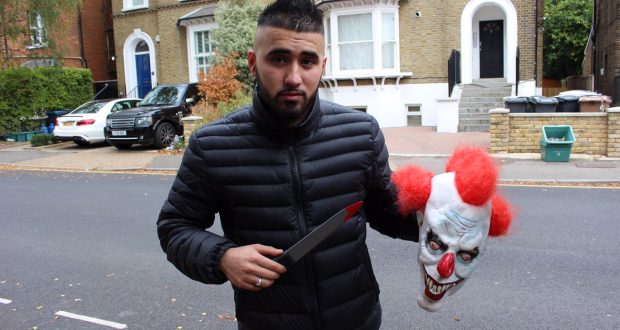 Written by Kotryna Budriute on November 7 2016

A vlogger student has received a backlash of aggressive public comments and could have been arrested in his attempt to show the public that “killer clown pranks are not funny”.

KU civil engineering student, Walid Aimaq, 22, filmed a sketch video where he deliberately got hit by a car, dressed as a killer clown.

He said: “I filmed the video not because it was trending at that time and I wanted to get a lot of views, but to raise awareness and show to people that these pranks can end up wrong.”

Walid, who is also a player for the national senior football team in Afghanistan, risked serious injuries when his friend deliberately hit him with a car.