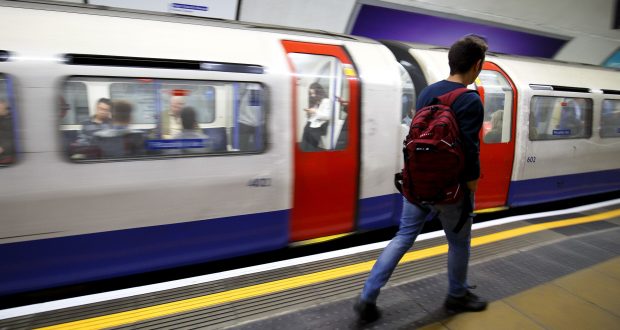 Students commute daily to Kingston University by bus, train and underground from various places around England. Photo by Tolga Akmen/LNP/REX/Shutterstock (5691972

Written by Camilla Iversen on December 9 2016

Research from Kingston University suggests that courses need to change to better suit students who commute from long distances to university every day.

Kingston University associate professors Deborah Anderson and Barry Avery, and lecturer Jane Southall argue that universities “should better understand the needs of commuter students” to reduce stress caused by the social transition during their first year of university.

“We have definitely got things like timetabling to address, but we are also somewhat constrained because, as a Kingston faculty, we have finite space and time to schedule all the required lectures, seminars and tutorials,” Dr Anderson told Times Higher Education.

The study show that 55 per cent of the 446 first year students that were interviewed during the 2014-15 academic year lived at home, often for financial reasons or because they had responsibilities at home.

Long gaps between classes, 9am classes in rush-hour traffic, and committing to group work were also key problems that commuter students faced.

“There is a massive number of students who want to live at home and lots may have family commitments, such as taking a younger sibling to school, that they can’t or don’t want to give up,” Dr Anderson said.

“When I went to university it took over my life, but the conception of university among commuter students is quite different. They might see their own social life as quite separate from the university, but they are still making very positive choices about going to university,” she said.

Former KU economics student Pippa Lowthorpe was living in Fulham while studying at Kingston University and travelled to and from the University every day.

She believes that she could have done a better job with her studies if she lived closer.

“It made getting to 9am lectures really difficult. It’s stressful having to add two hours commute time before your classes start, so I got to university really sleepy and not really ready to study. Then I’d get home really late at night. I think I would have done better if I lived closer,” she said.

Lowthorpe argues that the University was not to blame because “at the end of the day it was my own choice to live so far away”.

After working closely with commuter students to find out what support they need, the University’s student Engagement and Enhancement team have now set up a programme called KU Commuter.

The programme supports commuter students in making the most of their time at University by offering opportunities like on campus as well as closer to home.

“Many students at Kingston University choose to commute from home and, like other students, are able to take up plenty of opportunities to get involved in student life and make new friends,” a KU spokesperson said.

“KU Commuter hosts lunchtime pop-up learning where students can be part of the campus community by studying with friends, socialising or sharing challenges that they may be facing. It also brings students living in similar locations together to establish networks in commuter areas, and enables students to volunteer in their local communities.”