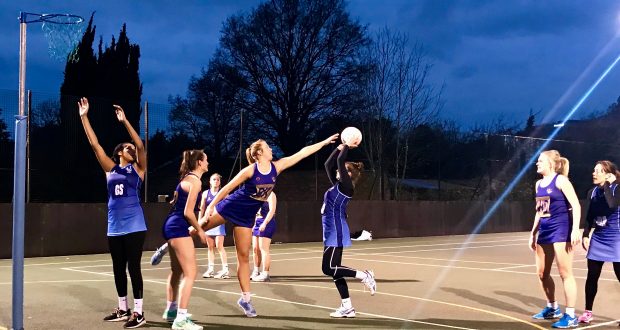 Kingston netball got revenge on Surrey

Written by Synne Johnsson on December 6 2017

The Kingston University netball first team had their reasons to smile when they beat rivals and ex-varsity opposition Surrey 2nd 40-29 on Wednesday, December 6.

Kingston controlled most of the game both in attack and in defence and the Surrey women could not stop goal defender Bronwyn Moulder, wing attacker Rhi Evans and goal scorer Jasmine Murray and the rest of the team from creating chances and getting the win.

Kingston captain Lucy Pages said: “I think that was amazing, we’ve had a bit of a rocky season, we’ve not had a full team for a couple of games, but we’ve finally got a full team.

“Everyone just performed a hundred per cent, everyone fought every quarter, it was just lovely.”

This was the second time the two teams met each other this season and last time Kingston suffered a 52-16 loss, very different from the result they got today. 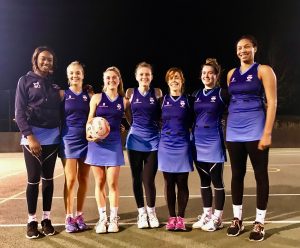 “Everyone gave a hundred per cent, everyone put their all into the fitness even if they were dying, they kept fighting, especially becayse it’s Surrey,” Pages said.

The two universities have a known rivalry and up until last year they have been varisty rivals before Surrey decided to move on to Royal Holloway.

“We all wanted to beat Surrey, there’s always a rivalry between Surrey and Kingston so it’s really nice to come out with a win,” Pages said.

Looking forward the first team captain said she is confident about the next games and that the win against Surrey has boosted their confidence to take on the next games.

“I think the next games are going to be really good, this has boosted everyone a lot,” she said. “I’m super proud of the team and I couldn’t ask for more of them today.”