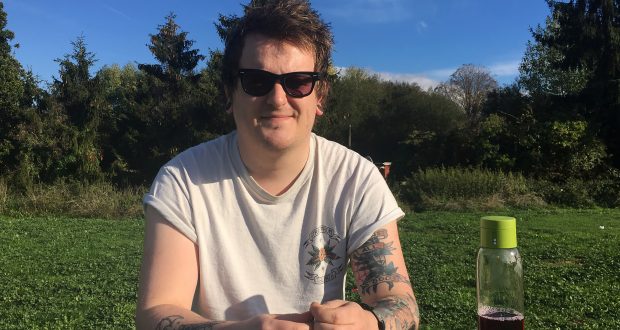 Harper, pictured, said he sometimes found it warmer to be outside than in his flat.

KU student spends a month without hot water or Wi-fi

A Kingston student spent nearly a month without hot water or heating in his Clayhill room and hasn’t had internet since he moved in last month.

James Harper, 24, a politics and international relations student, said that he resorted to cold showers while he had no heating and has to do all of University work in Penrhyn Road before going home.

“I moved in and the way they made it sound was that they had to go around each block individually switching the boilers on. Which I can kind of understand, but on the other hand is just really dumb,” Harper said.

“One of my flatmates, he complained about it to me once. Just saying that he had no hot water. When we went to speak to someone at reception they’d say: ‘Oh we’re turning on the boilers soon’. But like, just leave them on all year around. It’s not like they don’t get enough to pay for the bill,” he said.

One of Harper’s flatmates said that the heater in his room has stopped working for good, but the Halls had provided him with a portable heater.

Harper also has not had internet connection in his room since the day he moved in.

“Since the 17th of September I have, give or take a couple of days, called the IT service desk every day asking them if they were coming up to fix it,” he said.

Harper said that the IT department told him the problem was the WiFi modem in his room, and that they had to wait until their supplier had them back in stock so they could purchase it, to fix the one in his dorm by replacing it entirely

“I’m high-jacking other people’s using my phone as a router. It sucks. Not just academically but like, until you don’t have it, you don’t really fully grasp how strangely isolation that can be at times,” he said.

The KU Union of Students said that the best course of action in these situations is to contact a Sabbatical Officer.

“We’d be able to support by raising their issues in the relevant meetings and with staff in the University – something which our Sabbatical Officers like Petar Lachev are in the perfect position to do,” said Lewis Cotter, the Union’s Marketing and Communications Manager.

“We have a small advice team, and while we try to help students on every issue, we, unfortunately, can’t cover everything at the moment. We put a lot of work into making sure the advice and options we give students are right, which means we thoroughly prepare before moving into new areas of advice.”