No more waking up at 5 am and queuing up for two hours because this year’s Black Friday has been fully online. The huge discounts and deals have beaten the UK online sales records. With non-essential shops in England closed until next week, shoppers have to spend their money online instead.

Black Friday’s deals are a life-saver but some think that it’s a trap. Students across the country been speaking about their mixed feelings about the so-called “busiest shopping day of the year”. 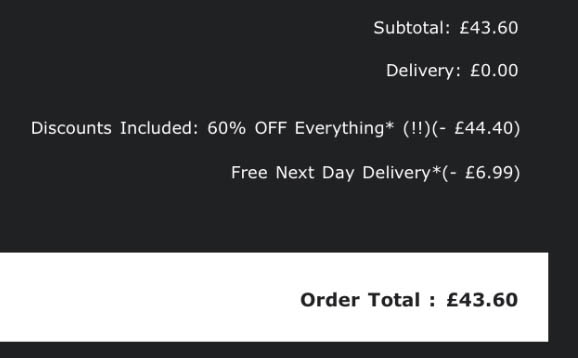 Fruzsina Szalai, a student at the University of Brighton said: “[Black Friday] has completely become a capitalist trap.” She explained that people don’t need most of the items they are buying but are buying them anyway because the discounts are so tempting. “Student loans barely cover rent,” Szalai continued.

A student at Coventry University, Diya Chopra pointed out that Black Friday can benefit, but also damage a company’s image and reputation, citing Pretty Little Thing and their 99 per cent sale advertis as an example.

“These advertisements haven’t changed my desire for things or made me more inclined to purchase but I know it does for a lot of people,” Chopra said. With Christmas coming next month, she also said that it can be beneficial for students as they can save more money.

Shoppers love a bargain but Covid-19 has also caused a rise in unemployment, and for people in financial diffictulties those reduced items are coming in handy.

Ugbad, a student at Kingston University is sceptical though and thinks  Black Friday is overrated. “I don’t think things are actually reduced and companies manipulate their prices, so buyers think that their prices have decreased when they haven’t.” Although she said that she has fallen into the temptation, she isn’t a really “big fan.”

“It’s not much but it’s better than nothing,” said Sohaib Xec from the University of Newcastle. He continued by saying that Black Friday has become a tradition, so people are enjoying the opportunity to get that extra discount.

High Street shops will open their doors again this week. They’ll be hoping people will still have the appetite to shop.